You can plan a trip to Iceland to witness the northern lights, visit the green farms of Iceland, and have a great Geyser geothermal area tour. If you are one of those tourists who loves traveling and attend quilt shows, it is like shooting two birds with a single arrow. The great Geyser geothermal area tour is located in the southern part of Iceland.

History of the geothermal area of Iceland

The great geyser geothermal area of Iceland has a rich history. Its first-ever accounted description can be found in the books of the early 13th century when many natural geysers were discovered.

Frequent earthquakes in the 17th century led to a massive eruption of the Geysir, the great geyser on hibernation. Since then, it has been a fascinating natural phenomenon to see. Many people got to know about Geysir in the 19th century through books and sometimes visiting the geothermal area.

Iceland has faced many earthquakes and volcanic eruptions that can lead to the natural opening and closing of several geysers in Iceland’s geothermal area.

Most Famous Geysers of Iceland

Geysir is the main attraction when you visit the Geothermal areas of Iceland. People across the globe come to visit this tourist attraction. Geysir has a long history and has been active and inactive since the 12th century. Geysir has always been an erratic and unpredictable natural geyser. The Geysir is so famous that tourists often get confused between Geysir and Geyser geothermal area.

For example, in the 1800s, Geysir erupted up to 170 meters and sometimes only 60-40 meters. In 1910, Geysir erupted after every half an hour, but within six years, that time frame increased to 6 hours. After few years, the eruption stopped, though Geysir was forced for the artificial eruption using soap.

The artificial eruption using soaps can only be performed occasionally by government-certified geologists due to environmental concerns. In 2000 an earthquake-induced eruption from Geysir reached up to 400 feet, making it one of the highest eruptions in history.

From 2000 to 2003, Geysir would erupt 2-3 times a day, but the eruptions gradually decreased. So, no one knows when Geysir will erupt again, that is the thrill of visiting Geysir.

The mighty Geysir often undermines the magnificence of the Strokkuer Geyser. Strokkuer geyser is one of the most active natural geysers in the world. It erupts after every 4-10 minutes. The height of the eruption is around 15-20 meters. However, the maximum eruption height achieved by the Strokkuer Geyser is 40 meters.

Other than Strokkuer Geyser and Geysir, there are three more natural geysers in Iceland’s geothermal area. They are Blesi, Fata, and Konungshver. These are small natural geysers that erupt up to 2-3 feet.

How to reach the Geothermal Area?

You don’t have to worry about carrying food with you because the nearby restaurants have it fixed for you. If you want to capture the magnificent eruptions, you should visit the area early in the morning or late afternoon.

Want to buy children’s rain gear – Few things to watch out for!

How to Setup Bellsouth Email on iPhone? 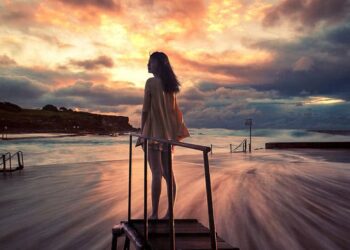 Solo Travel in Sydney: 8 Things to Do

How to Setup Bellsouth Email on iPhone?

A Beginner’s Guide to Creating Your Own Cryptocurrency Platform

The Benefits of Using a Mortgage Broker for Home Financing

Motorcycle Riding In Latin America: All You Need To Know