Internet is used for a wide variety of activities that involve e-commerce, education, and even sports. However, one of the reasons why the internet is so popular is because of the anonymity it offers. Because of this, users feel free to voice their opinions and regularly discuss controversial and difficult subjects.

There are millions of people on social media platforms like Facebook, Twitter, Instagram, and Tik Tok. This has been made possible especially because of service providers such as Cox internet that make the internet easily accessible. Today, many internet users are able to enjoy the web because of the online security it offers. Digital anonymity plays a great role in this. As a result of this factor, people aren’t aware of personal information like addresses, security PINs, and phone numbers.

However, if anonymity was to end, security would be a major problem. As a result, malware, viruses, and hackers would be more common.

If you’re an internet user you will agree that there are millions of varying opinions online. People seem to have something to say about every subject and topic. In a lot of cases, these opinions are highly controversial and radical. This type of freedom is possible only because of online anonymity. If users weren’t anonymous, many would refrain from talking about how they felt about everything. Especially if their opinions were negative or problematic. When anonymity is terminated, real identities are clearly visible to others. As a result, it’s likely that your radical opinions could get you into trouble. This could limit freedom of expression online.

This is the biggest advantage of ending online anonymity. It has led to a lot of distress and mental illnesses. In fact, several people even leave social media sites because of consistent online harassment. As a result, there have also been multiple digital rights policies and cybercrime laws levied. However, the internet still remains a problematic place that is filled with cybercrime. With online anonymity removed, this would be reduced significantly. This is because people’s identities would be clear. Thus, if they were to post something problematic, they would either be canceled or publicly shamed.

With online anonymity removed, this could become even more perilous. This is because your personal details would be easily visible. As a result, crimes related to identity theft, hacking, and information stealing would be even more common. Despite the anonymity, this is still pervasive today. In fact, many internet users have reported instances of stalking and even breaking in. This is especially true for more famous users like influencers or online stars.

Why You Need Online Anonymity

There is a lot of debate going around online anonymity. Many people believe this reduces cyberbullying and hate crimes. Some even say that it can make the digital world safer for internet users. However, online anonymity is important. This allows users to practice basic freedom of speech and expression. This allows people to express their opinions and ideas more clearly.

As a result, there’s greater debate and conversation about important or controversial subjects. In addition to this, online anonymity also decreases the chances of cybercrime such as malware, viruses, and hackers. It protects your personal information and your private details, making it harder to obtain sensitive information or data. As a result, there are also fewer chances of data security breaches or hacks.

In case online anonymity was to end, there would be less security and fewer opinions shared online. Moreover, cybercrime would also increase, making users more prone to malware, viruses, and hackers. 5 Ways To Speed Up Your Woocommerce Store For Improved Performance What Are The Benefits Of Learning Java Programming Language? 8 Reasons Why Increase the Demand for Software Developers 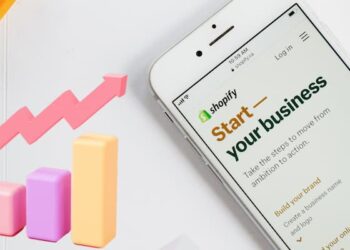 Where are artificial neural networks used?

How to Sell My Car Quickly?